Mr. Dave Miller, a patron of Casey's, happened to see what he thought was a homeless man lying next to the dumpster behind the Diner.  Mr. Miller stated he did not want to go near the man because of the smell.  We are not sure if he meant the mans smell or the dumpsters foul stink.  Mr. Miller told Mrs. Kessler and she called the Kesslerville Sheriff's Department to "get the Bum outta here".  The Department consists of just the underpaid sheriff who was train shopping in the hall next door.  Not wanting to miss out on any deal at the show, the Sheriff suggested since the Diner is close to the right-of-way that Mrs. Kessler call on Suleski Transportations Railway Police.  They are familiar with the diner from helping out over the years. Mrs. Kessler thought about that suggestion and realized if Suleski Transportation came She could save on Kesslerville funds and any fallout from moving the bum would fall on them not her.  Mrs. Kessler probably should have thought that through more. 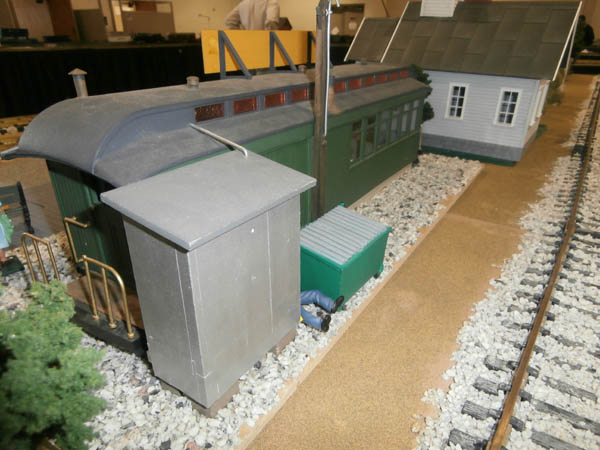 Officer Sawyer responded to the scene and was unable to get a response from the man, after checking for a pulse he found none.  The smell from the dumpster was actually over powering the smell from the corpse.  After checking and finding rigor 1 ,Officer Sawyer realized the Suleski Transportation Ambulance and Rescue Squad would not be needed.   Officer Sawyer called for the new Suleski Transportation Railway Police CSI van.  (The van was purchased with new 2013 Homeland Security grant money) Officers with special CSI training responded to the scene in the van and began an immediate investigation. 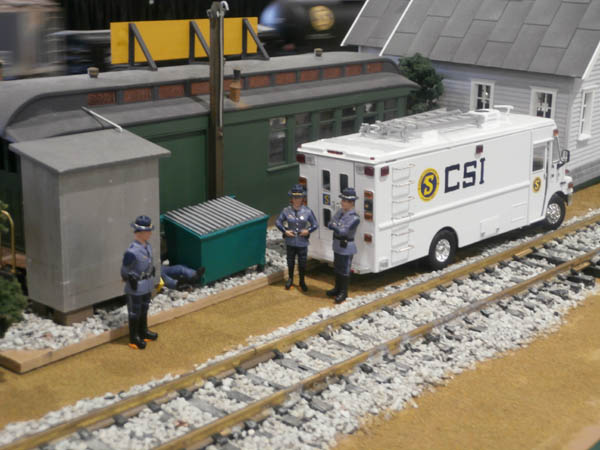 A thorough investigation will take place to see of the man died of natural causes or if foul play was involved.

This reporter asked the officers at the scene if "Natural Causes" included eating at Casey's, but I was told I would have to wait for the press conference tomorrow when they had the results of their investigation.   This reporter did notice none of the officers were drinking or eating anything from Casey's while at the scene.

There you have it all the news that's fit to print (or not) from Kesslerville.

Casey's Diner Closed by Board of Health Again!

It looks like this might start into a yearly event.  For the third time in as many years the York County Board of Health has closed down Casey's Diner as of yesterdays events.  This morning the diner is quiet, not even the scurrying of rats can be heard. 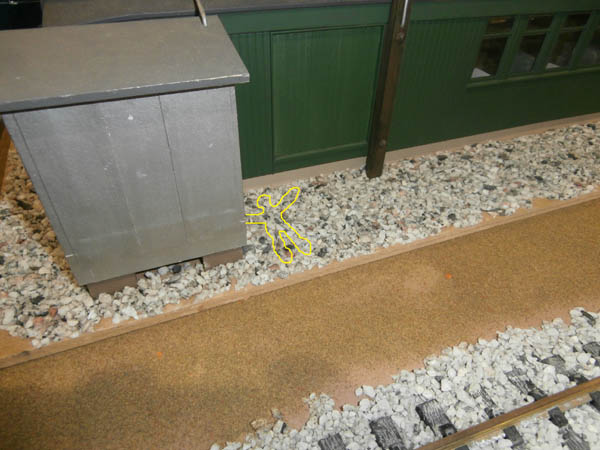 Behind the Diner everything that can be considered evidence was removed by Suleski Transportation CSI.  Even the entire dumpster is gone though this reporter thinks the smell still lingers.  It maybe a trick played by my imagination.

The Mayor of Kesslerville and owner of Casey's diner was unavailable for comment as she was tied up in emergency closed door council meetings with her staff. 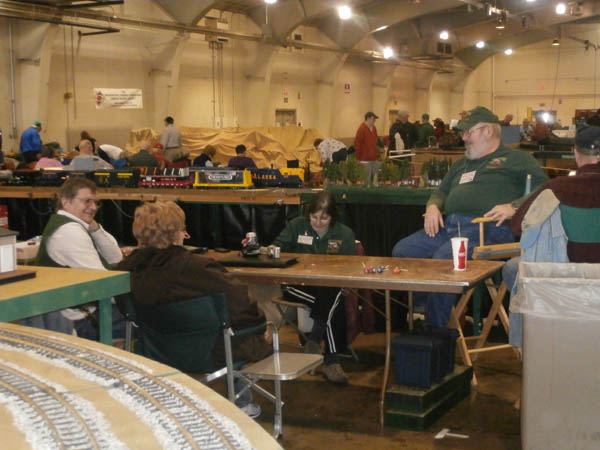 This reporter thinks she will have a hard time putting a good spin on this.

In other related news, Allen Kessler, husband of the Mayor of Kesslerville, was sited for two accidents by the Federal Railroad Administration.  In the first incident he ran through a switch, crossed onto the mainline and smashed into a B&M 50' Boxcar being hauled by Suleski Transportation.  While the boxcar was empty it was destroyed. There were no injuries, but this accident ruined the longest accident free run of the Big Green Lines.  The other accident occurred when he dropped his caboose and a box car from a faulty coupler and because he was so busy talking he ignored the frantic calls of his brakeman and plowed into the caboose on the return trip.  The Brakeman is out on workman's comp in a neck brace from whiplash, but Attorney's from the Kesslerville Railroad are withholding benefits saying he is faking.  Good thing they can't get out of paying for Suleski Transportation's boxcar that easy.

Also the same incident took place on Dave Miller's Alaska Railroad.  (Yes the same Dave Miller who found the body behind Casey's- coincidence or not?) A faulty coupler caused the caboose to drop off the train and the brakeman was on the back porch signaling frantically as the engine bore down on him.  The incident was caught on film and video. 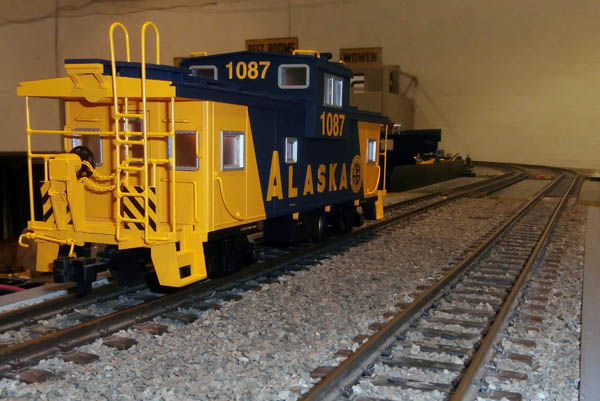 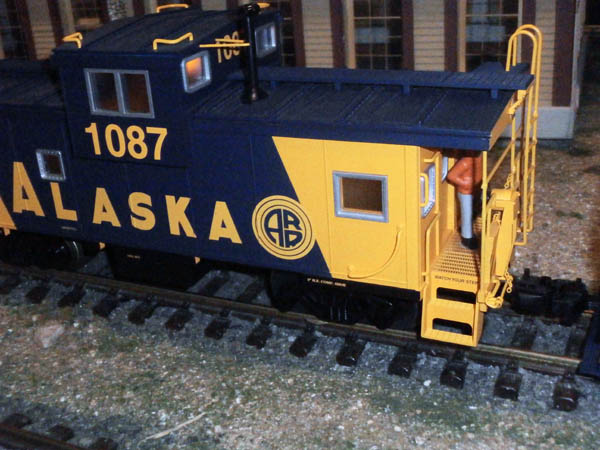 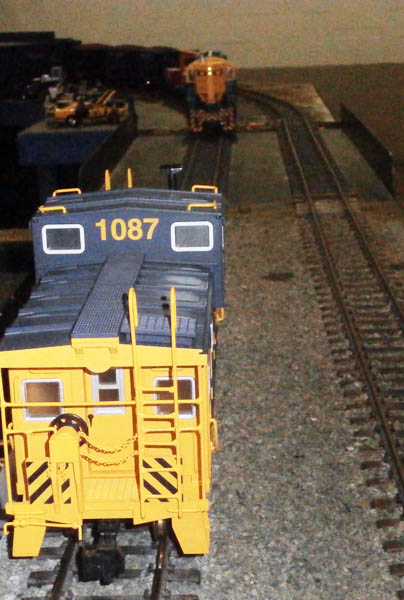 The Brakeman did jump from the caboose at the last minute before the GP-9 plowed into it causing some slight damage. This reporter is beginning to wonder if these minor accidents might not be acts of sabotage designed to draw attention away from Kesslerville and Casey's Diner.  Mayor Kessler has proven to be a shrewd manipulator of the media to get what she wants. This reporter will be digging further into things prior to tonight's edition and the coverage of the Press Conference from Suleski Transportation and the County Medical Examiner.

Mayor of Kesslerville sought for questioning!

The Mayor of Kesslerville has been named a person of interest in the investigation of the Death of John Doe #23 by the York County District Attorney. 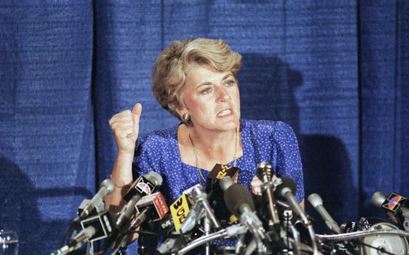 DA vows to get to the truth of the corruption in Kesslerville.

At a Press Conference the findings of the Medical Examiner were announced. The death of the man known as John Doe #23 were not from natural causes.  More information could not be released as they cannot comment on an ongoing investigation at this point.  The Mayor of Kesslerville and owner of Casey's Diner has been noted as a person of interest that investigators want to question. 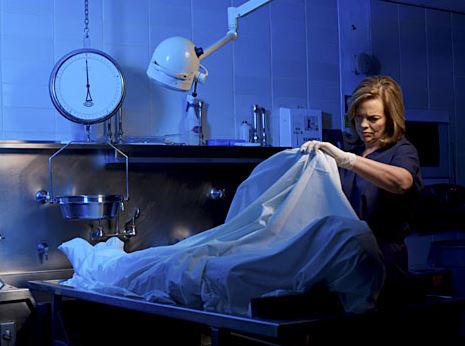 John Doe #23 lies in the morgue at the York County Medical Examiners.  They are hoping to identify the man and will soon release a photo to the public. 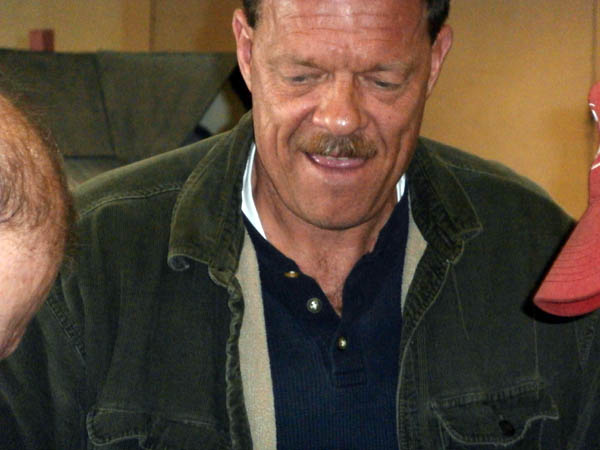 Investigators are also looking to question this man who goes by the alias "Kevin the Tongue".  He is a known associate of the Mayor of Kesslerville and has been seen around the tracks doing work.  Investigators think he may have been involved in the minor accidents that were going on to draw attention away from the Mayor.

This reporter can't imagine how the Mayor of Kesslerville will spin this incident to stay in office.  She has amazed us in the past by surviving some real political nightmares.  If anyone can turn this around to her advantage I'd put my money her though.  I've seen a lot of Politicians with power and savvy, but none can compare to the Mayor of Kesslerville.

Reports say that those wanted for questioning were last seen heading for Milford, New Hampshire.

There you have it all the news that's fit to print (or not) from Kesslerville.

1 - Rigor mortis (Latin: rigor "stiffness", mortis "of death") is one of the recognizable signs of death, caused by chemical changes in the muscles after death, causing the limbs of the corpse to become stiff and difficult to move or manipulate.[1] In humans, it commences after about three to four hours, reaches maximum stiffness after 12 hours, and gradually dissipates until approximately 48 to 60 hours after death.