The NHGRS Big Green layout had some new additions this year.

John Foley brought his 7/8 scale modules.  He had a new attendant at the fuel pumps. 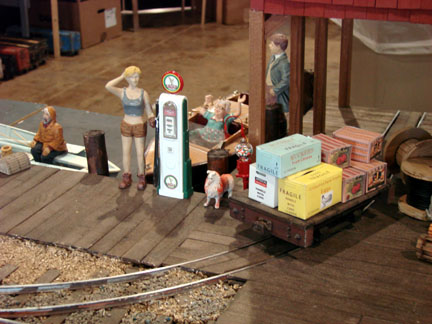 The Doublemint twins showed up for a ride on his narrow gauge railroad. 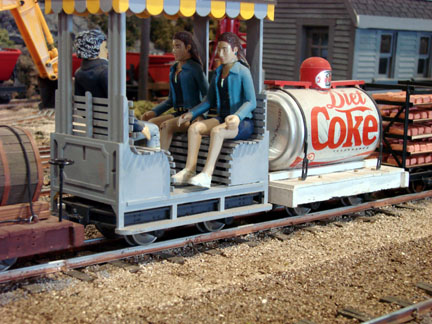 There is a lot to see on John Foley's part of the layout. 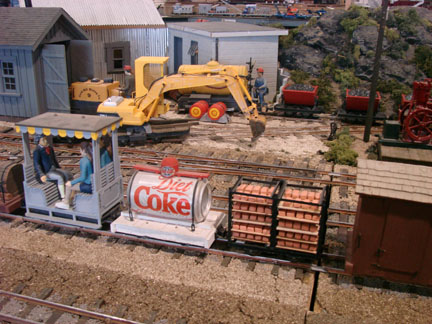 Dave Miller had a new employee on the JL&DM RR.
Ralph's job is to use the new John Deere tractor to mow the grounds.

Ralph's first day came to an end at 9:20 this morning when Mike Bureau ran a train into his own caboose that had dropped off from a faulty coupler.
The engine smashed into the grounds keepers shed crushing him and the new John Deere lawn mower. 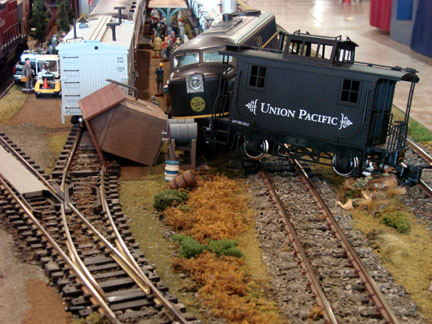 Police stopped traffic on the nearby interstate for the med-flight helicopter which rushed Ralph to the hospital.
We all hope that Ralph will be OK and hope Mr. Miller will be able to replace the John Deere. 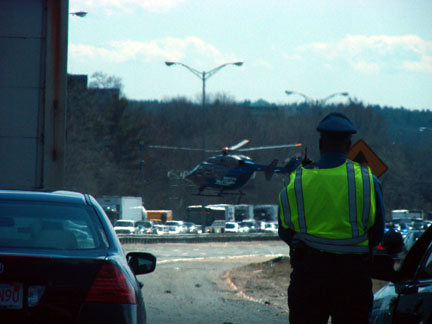 For the first time in a long time Clem's wife Mary Sue-Ellen (Pronounced -slurred as -Marsuelin)
Was seen outside the cabin kitchen with one of his many kids. 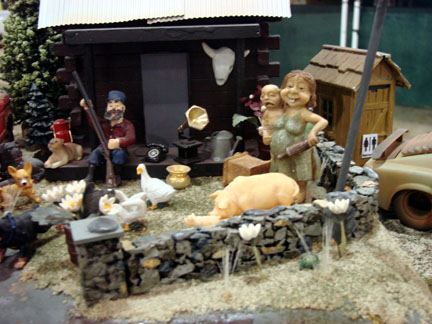 Mary Sue-Ellen's dad was visiting and doing his share of sampling the new batch of shine. 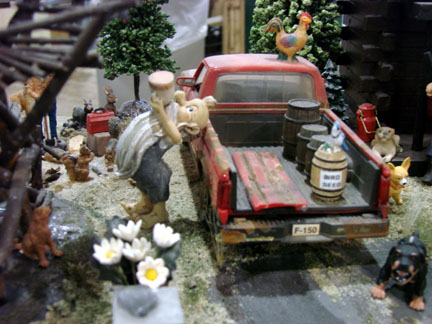 The crew was playing their instruments as the next batch was condensing. 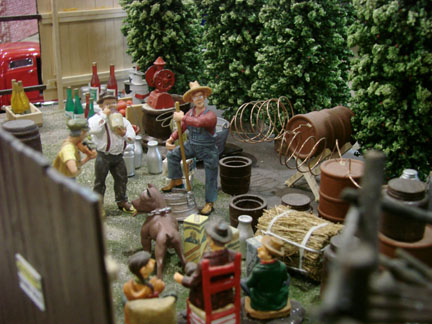 A family of deer that Barbara Kessler was drawing near her camp ground with a salt lick
became caught in between the the rail lines when John Foley's train came by and killed them. 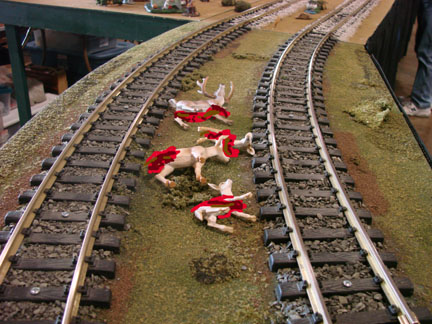 Someone took the Stags head and hung it on the back of the campgrounds cabin. 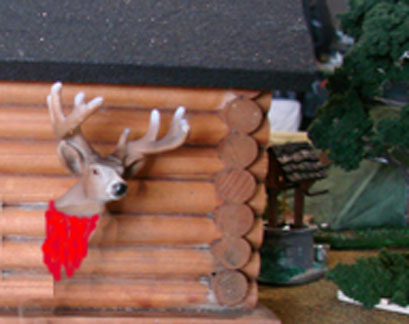 Suleski Transportations Dash 9 was seen running by the siding with the work train on display. 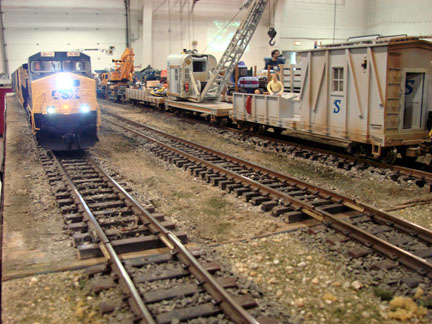 A crew of MOW workers sit in their speeder off the track by the siding that Pan Am SD45 ST684 idels. 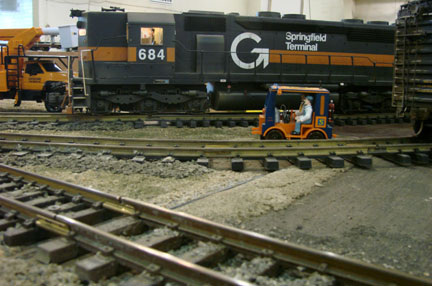 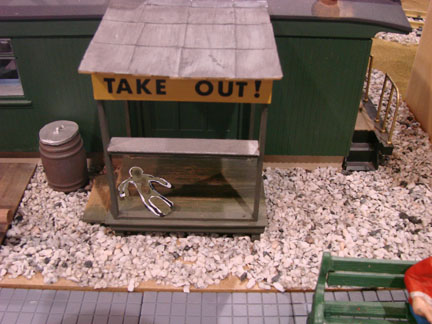 The chalk outline is all that remains of the Patron that fell dead on the steps of Casey’s Diner yesterday.
The York Board of Health still has the diner closed pending the outcome of the autopsy.
The man has been identified as Alan Parry a traveling salesman from Cleveland, OH.
The fact that he was not a local might explain his eating at Casey's.
Cause of death still has not been determined by the York Medical Examiners office.
The owner of Casey’s, Barbara Kessler, was also still unavailable for comment.

Who knows what will happen tomorrow.